Create an Account - Increase your productivity, customize your experience, and engage in information you care about.

Chatham, Massachusetts is located at the southeast tip of Cape Cod. If the Cape is viewed as a bent arm, Chatham is at the elbow. To the east is the Atlantic Ocean, to the South is Nantucket Sound, to the north is Pleasant Bay. The only adjacent town (located at both the north and west town line boundaries) is Harwich. Major geographical features of the Town are hilly, wooded uplands, extensive barrier beaches and spits, harbors, numerous small estuaries, and salt and freshwater ponds. 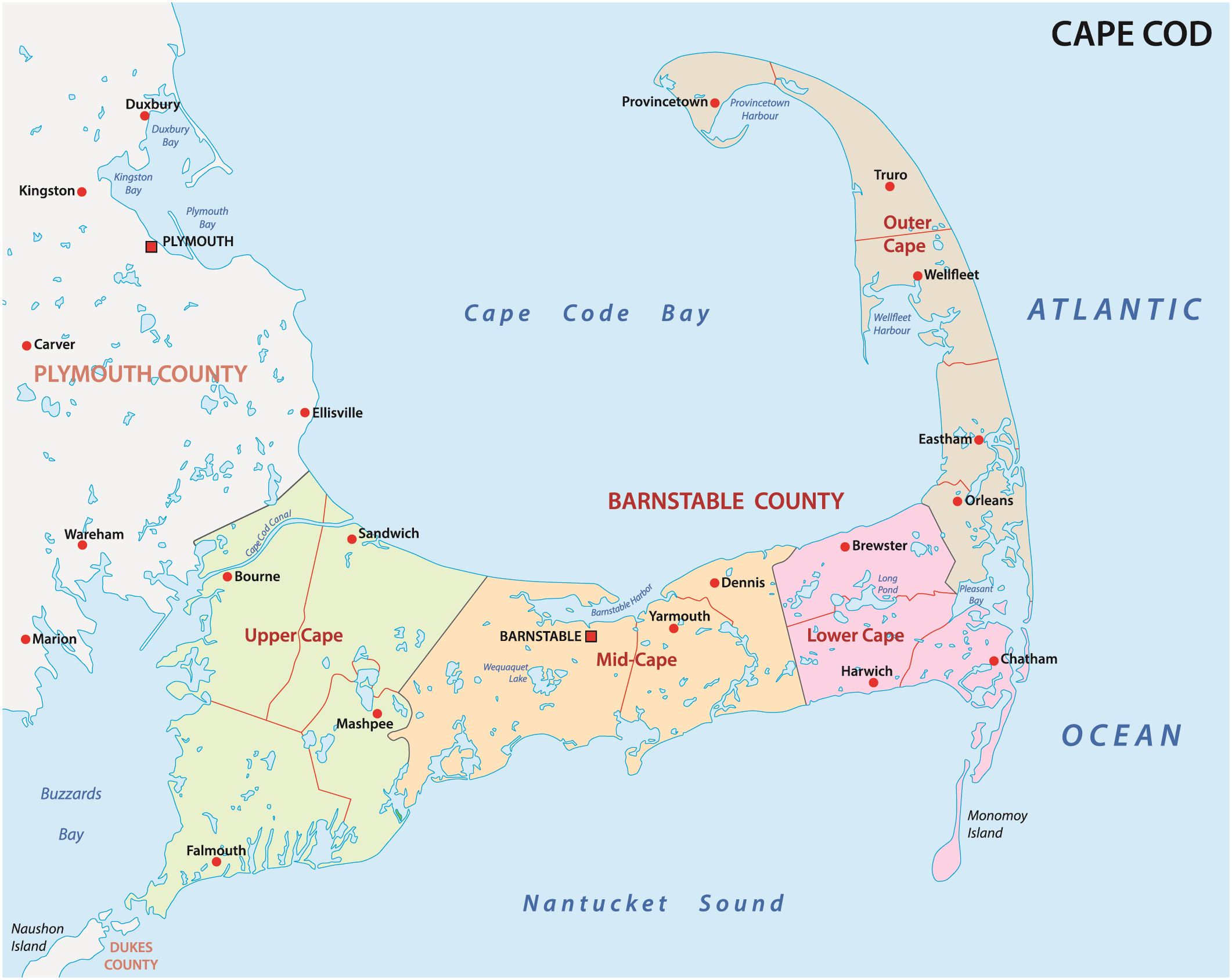 Mainland features are the result of glacial action during the last Ice Age and consist of ridges, knobs (hills), outwash plains, and kettles (depressions and ponds). Several ponds formed by melting glacial ice have become salt ponds because of rising sea levels. The Town's coastal dunes and beaches have been formed through thousands of years of erosion of scarps (cliffs) and movement of the material from the north and west.

Strong Island in Pleasant Bay marks the Town's northern boundary. Morris and Stage Islands mark the extent of the developed area on the south. The Red River is the boundary on the west and the Muddy Creek (or Monomoy River) on the northwest. The highest point (131 feet) in Chatham is "Great Height", long a landmark for vessels offshore.